A Cautionary Tale of Lust and Regret 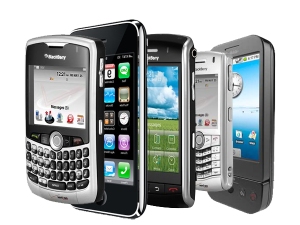 Last November I upgraded my mobile phone. I was two years overdue for the money saving upgrade and I was envious. I lusted after a fancy smartphone, one with which I could check email and surf the web. My brother, sister-in-law, and one daughter all sported iphones. Other friends had BlackBerries. I felt dumpy with my unimpressive phone which only made calls and took photos. I envied my friends and colleagues, pulling out their phones to check their calendars and show them off. I wanted to be smart, “digitally literate,” and able to communicate with “millennials.”

So I picked up Eris Droid at my carrier store. Eris was a fetching beauty, slim, and full of apps. He was young and lively, sensitive and eagerly responsive to the warmth of my touch. And when he flexed his hefty rebate, I nearly swooned.

It took Eris and me a while to get acquainted. He didn’t like that I choose not to use Google for my email. He put up a little fuss and went into a pout about that. His gizmos and whiz bangs were fun and impressive. Yet as young lovers often do, he raised my cost of living with his taste for the internet.

But boy did I fit in!  I could pull him out and watch heads turn. “Oh, a droid!” Eris and I spent a lot of time trying to understand each other, when he wasn’t recharging. Funny how he wore out faster than I did. Then after a few months, I realized I wasn’t actually using most of Eris’ impressive attributes. But I was still cool. And he was in my pocket.

Then in a dumb move I laundered my smartphone along with my jeans. Pulling out the wet clothes, I saw him sitting forlornly on a little ridge in the back my new front loader.

Oh no. And I hadn’t bought the insurance.

I pulled out his battery and buried it alongside Eris in a bowl of rice to dry out. After 24 hours, still no pulse. It was over. No matter what I did, I could no longer turn him on.

Last week I went back to the store, figuring I would just have to go ahead and purchase a new phone. I figured this might cost me a couple hundred dollars. Oh naïve dreamer that I was! To replace my phone would cost five times what I paid when I purchased it, $589. If I choose to cancel my contract and go sign up with a different carrier, that would cost me $300. If I was willing to downgrade (horrors!), I could get a phone like the four year old one I had upgraded from for between $200 and $300. I used a bad word at this point.

To his credit my young salesman, every bit as good looking as Eris and much more alive, was almost as grief stricken as I. He kept telling me, “I am so sorry. I feel so bad about this.” I do believe there was even a tear in his eye. You see we had already compared notes on dogs and learned we both have labs, he a yellow lab named Coach, me a black one named Elijah.

Coach’s master, new on the job I think, had accidentally given me some misinformation. He initially quoted a replacement price of much less than $589 and I had agreed to it. It was, as he was writing up the sale, that he discovered he had read from the wrong column. That would be the column headed, Cost of New Phone for Stupid People Who Launder Them and Do Not Have Insurance.

At this point, between a rock and hard place, inspiration struck. Driving over to the store, I had prayed. At the end of the day, tired and frustrated with Eris conking out on me, my landline not working either, and feeling stressed with finances, I just surrendered the whole sordid affair to God. “Whatever you say, Lord. Let it be to me according to your will.”

Standing before the cheap dull phones, which people normally get for free when they upgrade, but which were going to cost me $200.00, while Coach’s master gamely tried to console me, I thought, “Wait. Why not use my old phone?” I had brought along the pitiful, clunky thing in order to transfer contacts, since they would not be able to get the contacts off my laundered phone. “Can I just use my old phone?” Well, duh, yes. Dumb woman gets smart!

So here I am after a three month fling with Eris, back with my old phone with lowered rates. On July 11, 2011 I can upgrade to an Eris or whatever new phone catches my fancy, maybe even an iphone by then. Or not.

A day or two later I picked up the card my salesman had given me. Turning it over I learned that I can receive a $25.00 credit for every person I refer to the Wanamaker Road Verizon Wireless store in Topeka, Kansas, who signs up with Verizon. Advanced appointment is required. Tell them Elijah and I sent you. Trust me. They will see you get what you need. But be sure to buy the insurance.

Read more about prayer at www.fromholyground.org
Contact Loretta at lross@fromholyground.org www.fbook.me/sanctuary
Follow at http://twitter.com/lfross
Become a fan of the The Sanctuary Foundation for Prayer